"All that has by nature with systematic method been arranged in the universe seems both in part and as a whole to have been determined and ordered in accordance with number, by the forethought and the mind of him that created all things; for the pattern was fixed, like a preliminary sketch, by the domination of number pre-existent in the mind of the world-creating God, number conceptual only and immaterial in every way, but at the same time the true and eternal essence, so that with reference to it, as to an artistic plan, should be created all these things, time, motion, the heavens, the stars, all sorts of revolutions." 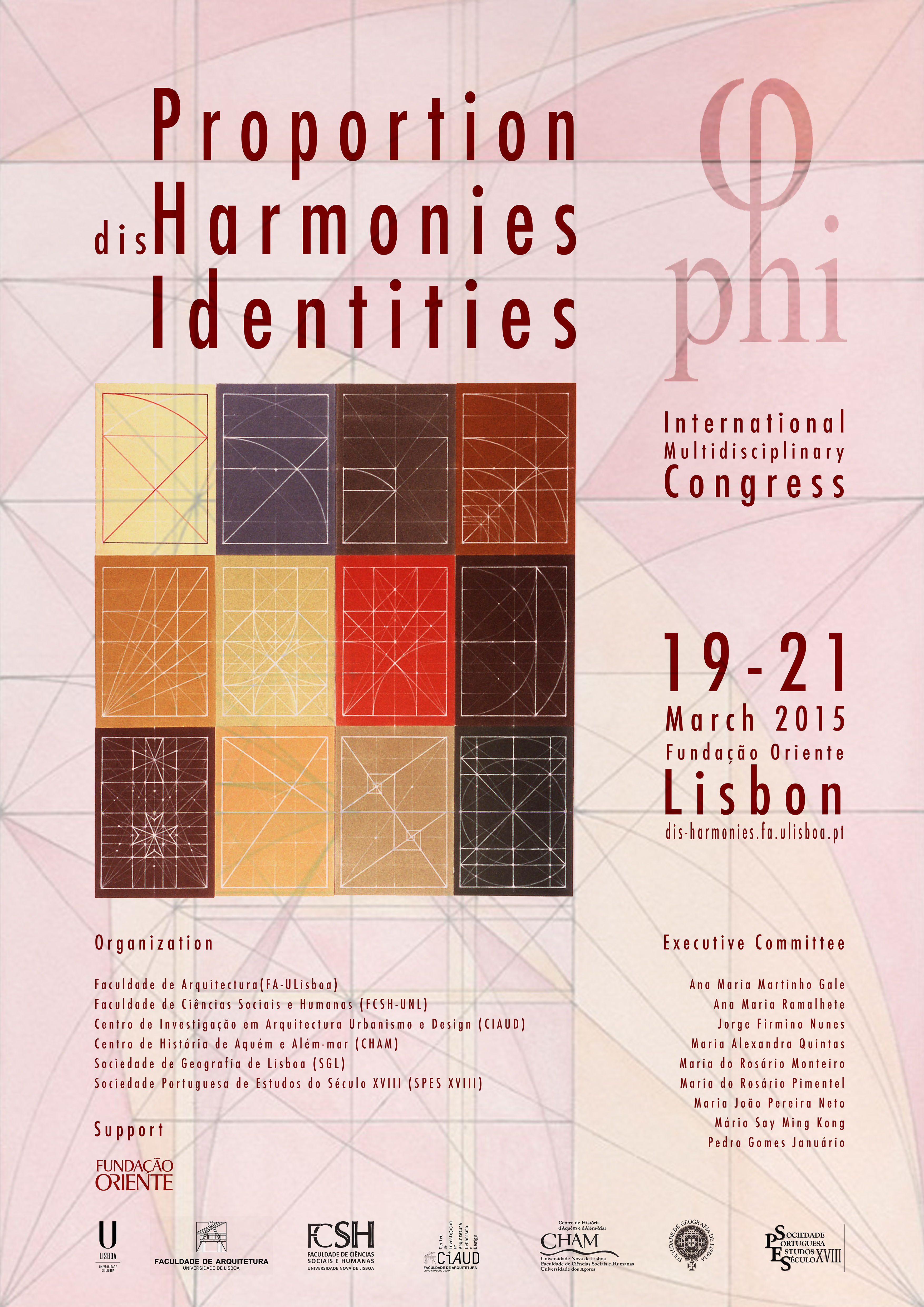 This idea of harmony is apparently transversal to whole history becoming manifested in human’s intellectual, cultural and artistic productions. However, one must not forget that the scientific revolution of the seventeenth century and the empiricist philosophy, which followed, shook "perhaps forever" the universal values which had previously supplied the objective foundations of proportions systems, as suggested the historian Rudolf Wittkower, referring to the Palladian villas of Veneto. In the absence of such values, the art was "sentenced" to rely only on subjective principles.

Number, dimension, geometric constructions, and the relationship between dimensions (proportion), are expressions of harmony and rhythm and considered a source of beauty in the things of nature (like crystals, plants, and animals), but also in human artefacts, as buildings and art in general. This is an old idea, which corresponds to the Pythagorean notion that the world is a harmonious mathematical creation and that in order to attend such harmony, the things we do have to obey the same mathematical laws.

However the idealistic tradition, associated with German philosophers like Kant and Hegel, had brought about the development of modern reinterpretations of the classical concept of harmony, thought to have been established on irreducible rules. A clear example is the early twentieth century investigations led by artistes who, in many cultural domains, sought to overcome the functional, programmatic or aesthetic ideals, imposed by the rationalist and positivist philosophies. Another example can be found in the works of a new generation of architects who worked in the postwar period, and in the context of critical revisionism of the Modern Movement; they sought to legitimize their formal investigations, beyond the technocratic impetus of functionalist modernism, offering the possibility of a deeper rationality than the one provided mainly by technology. This commitment to interpret a contemporary condition through the ancient idea of harmony or proportions was exemplified by Colin Rowe, in the essay "The mathematics of the ideal villa", comparing the famous Villa Foscari, by Palladio, and Villa Stein, in Garches, designed by Le Corbusier in the 1920s.

Taking as reference Colin Rowe's essay, we propose a multidisciplinary reflection, open to all academic and scientific community on the Harmony and Proportion in order to assess the relevance of the theme and understanding the various areas in which the concepts projects.